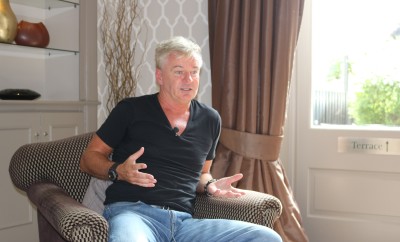 THE SUMMER of 1983. Things were different then. A 21-year-old Scot was about to become the highest earner in British football. Unless, of course, he ignored the overtures of Liverpool, Manchester United, Spurs and Arsenal and opted instead to join Internazionale. Choices, choices.

Charlie Nicholas had just finished a 50-goal season for Celtic, winning both the Player of the Year and the Young Player of the Year trophies. Some context – Celtic had lost a thrilling title race to Dundee United and it was Aberdeen who were the biggest story in Scottish football, having won the European Cup Winners’ Cup against Real Madrid. Like we said, different times.

That summer – when Nicholas had some of the biggest clubs in the world knocking on his door – was one of the parts of Charlie’s story that we talked about with Graham Hunter when we got together to plan the most recent Big Interview podcast. How do you make that kind of decision? What are the consequences? And are there any regrets?

As he was throughout a brilliant 80-minute interview, Charlie was honest and insightful when he remembered that summer, when he stood at a crossroad the rest of us can only imagine.

*NB the first quote here begins with the words ‘It was the wrong choice’ in relation to his decision to move to Arsenal. That’s Charlie’s perspective, 32 years later. But listen to the podcast and you’ll understand one thing: Charlie Nicholas adores Arsenal. 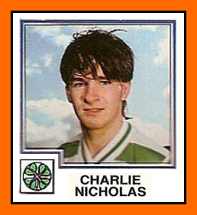 ARSENAL and SPURS
‘It was the wrong choice at the time. Liverpool, Spurs, Manchester United and Inter were all there for me.
‘I was suited more to Spurs’ style – that was the hard thing. What Arsenal were telling me they would do was different to what they did do. They were talking about bringing Liam Brady back from Italy. They were going after Ray Wilkins, who was at Chelsea. They said they were changing the style of the club. That’s what brought me in.
‘London itself? For a year, maybe 15 months, it was as lonely a time as I ever had. I found it hard to cope with.’

LIVERPOOL
‘Kenny and Souness were there for me. They kept on: ‘you have to come, you’re perfect for us’. Kenny said ‘you’ll take over my position’. I said ‘no I won’t, you’ll play another four or five seasons’. It was mind blowing the King saying that to me. I got very close to them, and they kept saying, ‘no, you’ll be fine. You’ll fit in. You won’t be sitting on the bench like a lot of Liverpool signings do’. But I couldn’t trust that. I could trust my ability but I couldn’t trust that I wouldn’t be on the bench. At 21 I just wanted to play.’

INTER
‘I didn’t want to go to Milan because I thought the game would have been too defensive and too structured for me at 21. Also, the lifestyle would have been a turnaround. I’m a social Glasgow boy. I still wanted to have a bit of a life. And so many talented technical players had gone there and struggled. I thought ‘If it happens four or five years down the line, fair enough’.

MAN UTD
‘I met Manchester United, who I thought I would be drawn to. My dad was in the newspaper industry – worked at the Express most of his life and was paid off. Then he was offered a job in Manchester. He said maybe there was some significance in that, that I would one day move to Manchester.
‘But I didn’t particularly like Ron Atkinson. He wasn’t a good conversationalist, it was very much about him. We were sitting with Martin Edwards – it was steak and chips. Ron finished his dinner and went into his shirt and brought out this medallion. It was this little cross thing, he hit a button on the top of it and this toothpick came out! I thought ‘I cannot play for a man like you – that is absolutely ridiculous’. I couldn’t wait to get away.’ 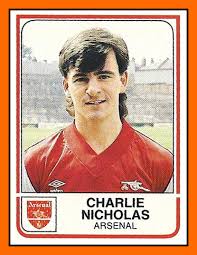 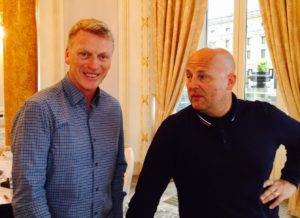