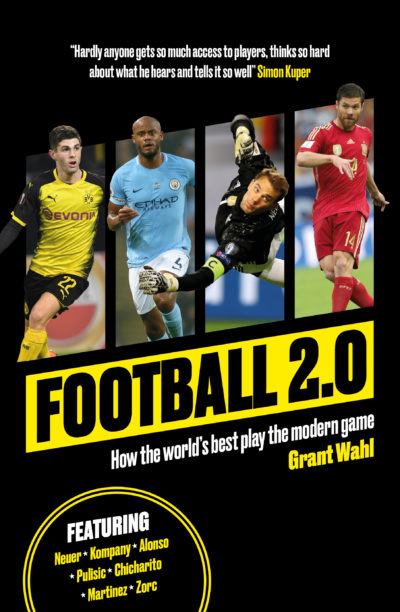 We have been fans of Grant Wahl’s writing for many years. I read his first book, The Beckham Experiment, when it came out and have followed his writing closely for Sports Illustrated.

In January, I spoke to Grant for a podcast series we produced called Between the Lines: The Stories Behind Great Sports Writing. I interviewed Grant about his 2012 piece The World’s Team which profiled  FC Barcelona at the peak of their powers. The piece was Grant at his best: extraordinary access, insightful writing and exhaustive research.

After the recording, Grant mentioned that he had just finished the manuscript for a new book, Masters of Modern Soccer. The concept was clear: he had interviewed one player in every key position on and off the pitch. Each of them had broken down the technical and tactical revolution that has transformed football in recent years. 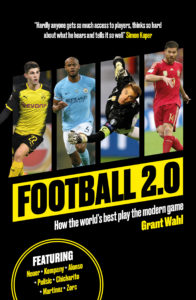 We moved quickly to secure the UK and Commonwealth Rights. For our edition, the title has been changed to Football 2.0 and this is how it breaks down…

Grant sits down with each of these world-class talents to analyse hours of game footage, gaining insights that only those at the top of the sport can offer. It will teach you new things about the sport you love, but the personalities drive the story. Chicharito, Kompany, Neuer and Martinez will be appearing on our TV screens at this summer’s World Cup and this will whet your appetite for this summer’s tournament.

Football 2.0 by Grant Wahl will be published by BackPage on May 15. 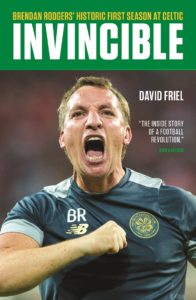