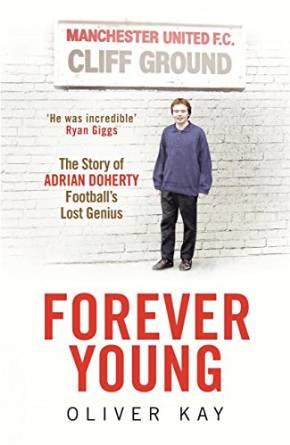 They say everyone has a book in them… and in most cases that’s where it should stay. Cruel, perhaps, but the reality is that most people don’t see book projects through to the end. Finishing a book is extremely hard.

‘Forever Young’ tells the story of Adrian Doherty, a kid from Strabane in Northern Ireland who made it to the fringes of the Manchester United first team. When Ryan Giggs made his debut in March 1991, Docherty was also due to be in the squad, but picked up a cruciate injury the week before. He never recovered. Many years later, he tragically died a day before his 27th birthday.

The ‘lost / wasted talent’ theme is not new to sports writing. However, it is often fatally flawed. Celebrating an unfulfilled talent is one thing, but claims to greatness are often undermined by a failure to put character and attitude under the same scrutiny as skill. Doherty had all those qualities in abundance, which is part of what makes his story so captivating.

The testimonies to Doherty’s abilities are spine-tingling and moving. Giggs called him “incredible”, Gary Neville “out of this world”. All observers agree that, in terms of natural talent, he was the equal of Giggs. Doherty (front row, far right; Giggs, back row second left), in short, was the real deal. 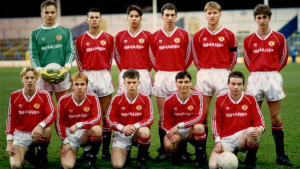 But it is the book’s focus on his personality which is truly enticing. Doherty’s relationship with football was complicated – he rejected a five-year contract from United because he wasn’t sure if he would still have the same passion for it by the end of it. They compromised on a three-year deal.

He wrote poetry and songs, was a Bob Dylan obsessive and would spend Saturdays busking outside the Arndale Centre in Manchester rather than watching the first team at Old Trafford. He was an interesting, likeable person who saw a hinterland beyond professional football.

Kay spent five years researching this book, which probably equates to more than a pound of flesh. But his passion for the subject courses through every page. He has done Doherty’s remarkable life justice.

Forever Young is out now 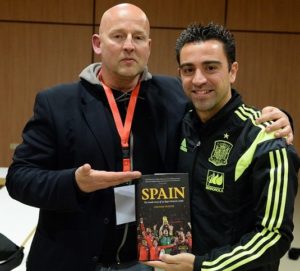 Now Read When BackPage missed Pirlo and met Xavi instead