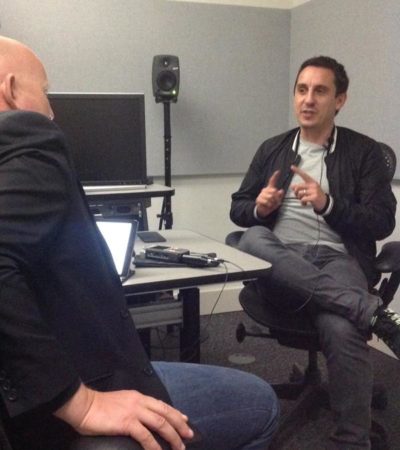 WE started working with Graham Hunter in 2011. Over a bowl of rubbery pasta in an Italian restaurant in Glasgow, we twisted his arm into writing a book on FC Barcelona, then in their prime under Pep Guardiola. He remained unconvinced, sure that a global audience knew most of his incredible stories of Xavi, Iniesta, Messi and Pep. We argued that they didn’t.

Tens of thousands of sales, several awards and 13 translations of Barca: The Making of the Greatest Team in the World later, he has finally conceded that argument to us. We’ve lost as many as we’ve won.

But it was the process we – myself, Neil BackPage and Graham – all enjoyed as much as the outcome: working collaboratively, squeezing the creative juices out of everything, being open to feedback and trying to do things as differently as possible.

So, we accompanied Graham to several interviews for the Barca book and also for his Spain book (in my opinion, a superior read to Barca), usually trailing a small film crew along with us. It was Graham’s interview skills, his innate ability to build a rapport with his subjects, that stood out.

He asked the right questions, let the subject speak and knew when to insert himself into the interview when required. As former journalists ourselves, we knew how difficult this process can be, particularly around world-class footballers.

So, we wanted to find a way to showcase Graham’s one-to-one interview skills. And so The Big Interview with Graham Hunter podcast was born. The idea is simple: Graham in a room with big-name subjects who share his passion for football. The first one is Gary Neville. It is one of the best football discussions I’ve ever heard. I hope you enjoy it. And if you do, please leave a review – it will allow us to keep producing quality free content like this. 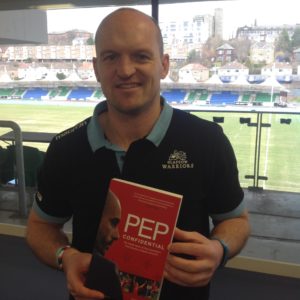