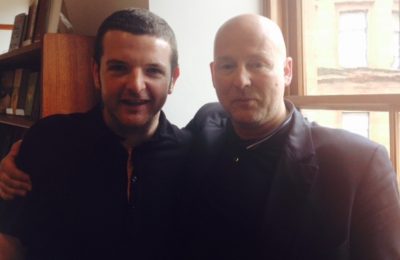 In 2011, we asked Kevin Bridges to write his top football memory for an Alzheimer Scotland project we were involved in. It is a brilliant reflection on his first meeting with Graham Hunter in Barcelona in 2010 and then attending his first Clasico, the 5-0 game in November of that year.

Through Graham, we’ve met up with Kevin several times since then and, as well as being a fantastic guy, he is a serious football fan. And I mean serious. His knowledge and understanding of the game is exceptional. He is also something of a football tourist, having attended the Superclascio – Boca Juniors v River Plate – and now planning a trip to a San Lorenzo game.

He claims he’s not much of a player, but then he has been coached by Jose Mourinho and stuck a pearler past Edwin van der Sar.

When drawing up our list of interview targets for Graham’s podcast, Kevin was at the top of the list. So here it is. Enjoy 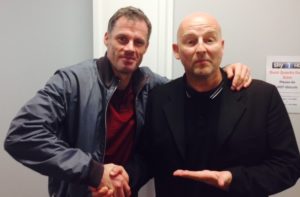