Andrea Pirlo was appointed the new head coach of Juventus on August 8, 2020. In his 2014 autobiography, I Think Therefore I Play, Pirlo said that he “wouldn’t bet a single cent on me becoming a manager”.

He said a lot of things in that book. This is an extract in which he talks about the transformative effect Antonio Conte had on Juventus and Pirlo’s his own career when he was in charge of the Turin club between 2011 and 2014 – a spell in which they won three consecutive Serie A titles.

I CONSIDER myself particularly fortunate: I know Antonio Conte. I’ve worked with a lot of coaches in my time, and he’s the one who surprised me the most. One little speech, a few simple words, was all it took for him to win me over. Me and the whole of Juventus, a planet we disembarked on pretty much at the same time.

On the first day of our training camp up in the mountains at Bardonecchia, he got everyone together in the gym to introduce himself. He had some venom ready for us and the altitude wasn’t causing him any trouble. I suppose that’s just how vipers roll.
“Lads, we’ve finished seventh each of the last two seasons. Crazy stuff; absolutely appalling. I’ve not come here for that. It’s time we stopped being crap.”

After only a few minutes, he’d stripped away all the mystery. One thing in particular was very obvious: he was like a bear with a sore head. As we Italians say, ‘Aveva un diavolo per capello’ – ‘he’d a devil for hair’, and if the hair was fake then the devil was 100% real and made from a material that’s impossible to replicate.

“Every single person here has performed badly over the last few seasons. We need to do whatever it takes to pull ourselves up and start being Juve again. Turning round this ship is not a polite request; it’s an order, a moral obligation. You guys need to do only one thing and it’s pretty simple: follow me.”

Our first impression was absolutely correct. When Conte speaks, his words assault you. They crash through the doors of your mind, often quite violently, and settle deep within you. I’ve lost track of the number of times I’ve found myself saying: “Hell, Conte said something really spot-on again today.”

“And listen carefully, boys, because I’m not finished. Get it into your heads that we must return to the levels where we belong, the ones that are written into the history of this club. It would be criminal for us not to finish in the top three this year.”

Naturally we won the scudetto at the first time of asking and it was all down to him. The success was all his, a triumph of bloody mindedness that went beyond everyone’s expectations. It really couldn’t have gone any other way, given the example we had in front of us every day.Conte was like a man possessed, the very essence of Juventus burned deep into his soul. “You all need the same anger as me. Full stop.”

His message was short and to the point, a bit like a telegram – certainly the most convincing one that I’ve ever received. He’s not a guru, Conte, nor is he a magician, for all he’s been known to pull some crazy speeches out of the hat. You either do what he says or you don’t play.

He runs on Conte-time. He obsesses over every last detail, exploiting it to his advantage. When he’s looking at tactics, he’ll have us watching videos for hours, explaining over and over again where and why we got a move wrong. He’s plainly allergic to error (perhaps to horror as well) and I for one pray every day that a cure is never found.

Out on the training pitches at Vinovo, quite often we’ll end up winning, for the simple reason that we’re not playing against anyone. From Monday to Friday, the opposition don’t exist. He’ll have us playing games of 11 versus none, making us repeat the same moves for three-quarters of an hour, until he sees they’re working and that we’re starting to feel sick.

And that’s why we still win when it’s 11 against 11. If Arrigo Sacchi was a genius, then what does that make Conte? I was expecting him to be good, but not this good. I thought he’d be a tough, committed, charismatic kind of coach, but plenty of other managers could learn a lot from him in terms of his technical and tactical awareness.

If I could go back in time, I’d change only one thing: I wouldn’t pick the spot next to Buffon in our dressing room. It’s the one right in front of the door, and the most dangerous spot in the whole of Turin, especially at half-time.

Even when we’re winning, Conte comes in and hurls against the wall (and thus my little corner) anything he can lay his hands on, almost always full bottles of water. Fizzy water. Very fizzy water. It’s really quite a rage.

He’s never happy – there’s always some small detail that’s not quite right in his mind. He can see in advance what might happen in the 45 minutes still to come. This one time, for instance, we were losing to Milan and he just couldn’t make sense of it. “Losing to them! Them! I can’t understand why we’re not beating them! They’re not even playing well!”

It’s a different story at the end of a match: he tends to disappear completely. At a push, he’ll come in for a quick word, but only if we’ve won. He’s at his worst at night when he’s alone with his thoughts. He necks these horrible concoctions to help him sleep, almost like he’s actually just played the game. He was the exact same when he did play.

He struggles to sleep and goes over and over everything, then hits the rewind button in his head and does it all again. It’s an inner torment without a start or end point, a song on some kind of loop where you can’t tell what’s the first verse and what’s the last, you can only make out the chorus.

He’s completely immersed in his job, which is also his great pleasure. I’ve never quite understood whether it’s the coach or the fan who takes up position in the dugout, but either way it’s someone who makes a difference. 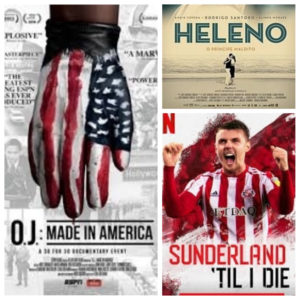