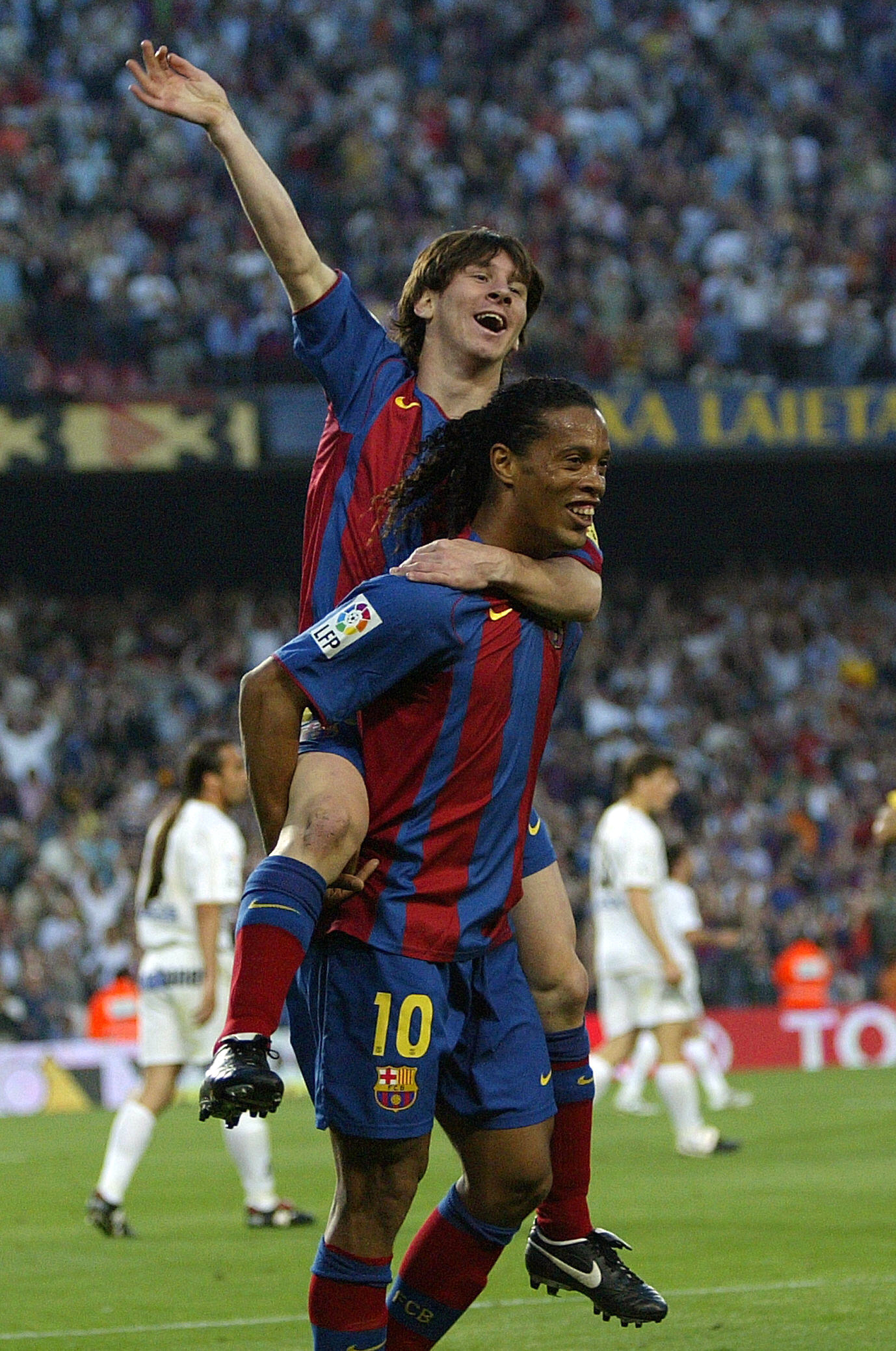 ‘No-one who was there doubted we were witnessing the arrival of a special footballer.’ Graham Hunter on Leo Messi’s first goal for FC Barcelona. May 1, 2005.

Can it be 10 years since 17-year-old Lionel Messi announced his arrival at the Camp Nou with a beautiful lobbed goal against Albacete?

When we asked Graham Hunter to document the rise of Barcelona in ‘Barça: The Making of the Greatest Team in the World’ the memory was fresher still. He used it to launch the first of two chapters on the world’s greatest footballer in that book.

Here it is. Enjoy.

I distinctly remember the first time I saw Leo Messi play football. One of us was patently off-form that day.

I came away thinking that Joan Verdú, who was playing in what we would now consider Messi’s best position, completely out-shone him and that the genius acknowledged as the greatest footballer of modern times had a bit of a stinker.

It was autumn 2003 at Barça’s Mini Estadi, the 17,000-capacity arena a few hundred metres from the Camp Nou. My friend, Rob Moore, had asked me along to watch the Barça B captain, Arnau Riera, because he was considering representing him. Messi’s name, of course, already had a buzz surrounding it, but that day he played on the left wing in a 4-2-3-1 formation and, although there were one or two of those delightful dribbles, he looked sluggish and disinterested.

The next time I saw him was the night he scored his first goal for Barcelona – against Albacete at the Camp Nou in spring 2005. No-one who was there doubted we were witnessing the arrival of a special footballer.

I’d taken my daughter, Cara, to the game and we were sitting high up in the ‘Lateral’ stand at the Camp Nou – closest to the Gol Nord.

Messi is 17 and has only accumulated 69 minutes of La Liga football, starting with his debut at Espanyol, six months earlier. He replaces Samuel Eto’o, and 107 seconds later has put the ball in the net. Ronaldinho gallops away from a couple of markers in midfield and scoops his foot under the ball in order to lob it forward to Messi. The Argentinian kid takes a touch and stylishly chips the keeper.

The goal is incorrectly ruled offside. The Albacete keeper, Raúl Valbuena, patronisingly pats Messi on the head: ‘Tough luck, wee man.’ The crowd of 80,000 roars its disbelief at a decision which has robbed them of a magical goal.

There are 18 seconds left of normal time. Enough for the Brazilian sorcerer and his little apprentice to produce more magic.

Thirty seconds after the disallowed goal, Ronaldinho sends Messi down the left and his cross is very nearly converted into a goal by Andrés Iniesta. The little genius has only been on the pitch for two-and-a-half minutes. Albacete break up the pitch looking for an equaliser. Instead, Gio van Bronckhorst robs Rubén Súarez and Deco hits a pitching-wedge pass to Messi. The teenager controls with his head, holds off his defender and lays it back to Ronaldinho, who conjures up the same, scooped pass as before, over Gaspar Gálvez at centre-half. Messi lets the ball bounce before chipping Valbuena for a second time.

The Camp Nou erupted. We were yet to discover exactly how much Ronaldinho, a generous, lovable guy, already adored Messi, but here was a clue: the maestro fed the new boy two assist passes so that Messi could show the crowd his stuff. As they celebrated, Ronaldinho gave the youngster a piggy-back so that he was elevated to the crowd’s adulation.

A couple of weeks later, Messi explained: “It was curious because I could hear 80,000 people chanting my name, but everything was blank. I don’t know if I sort of fainted or whether it was just the rush of emotion at scoring my first goal at the Camp Nou, but I couldn’t see anything.”

No-one could know how enormous the Messi phenomenon would become, but anyone who saw his cameo that night knew Barcelona had a precocious, nerveless new talent.

Barça The Making of the Greatest Team in the WorldGraham Hunter