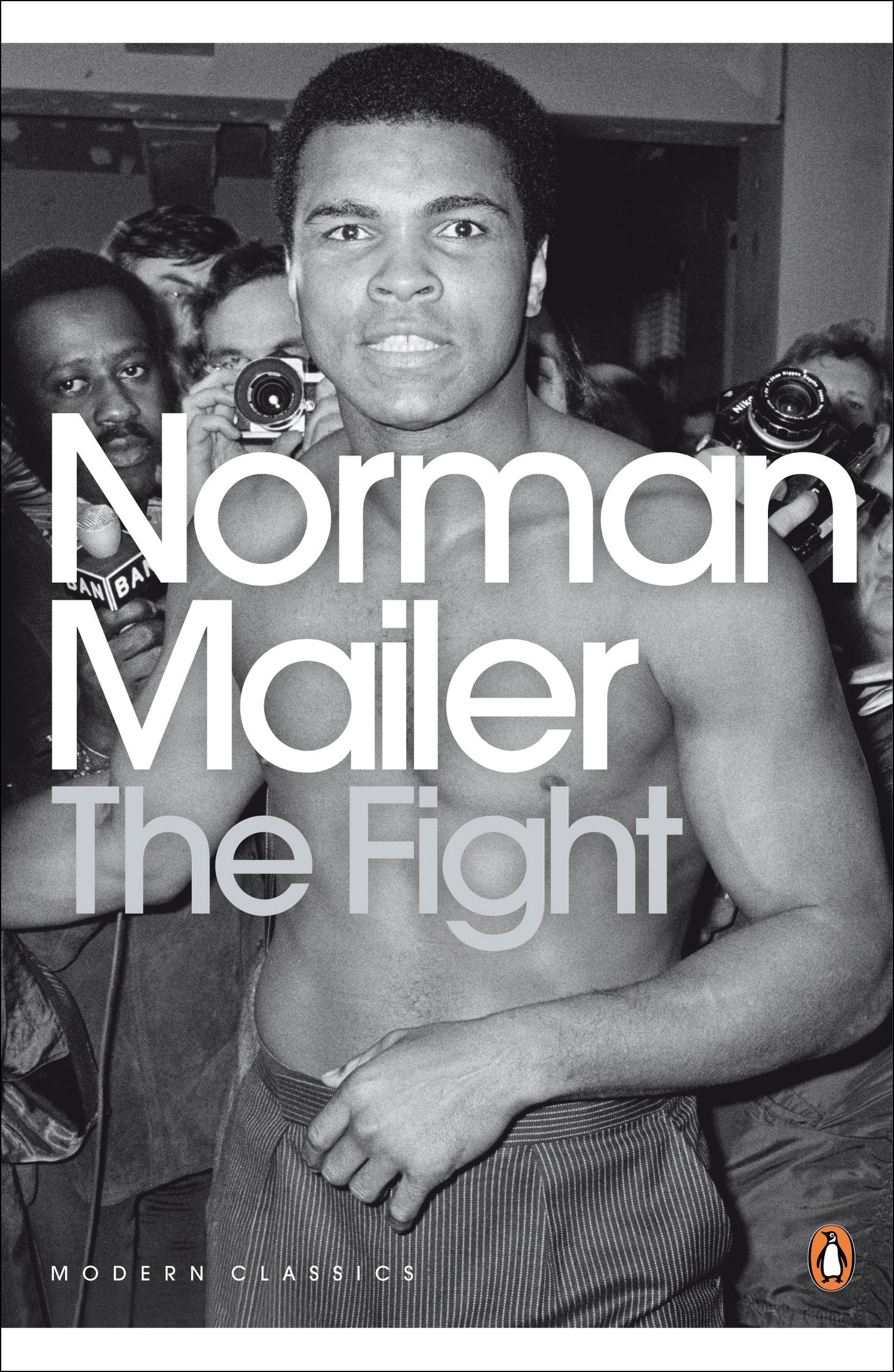 Michael Tierney talks about ‘The Fight’ by Norman Mailer, a non-fiction book about the boxing title fight between Muhammad Ali and George Foreman at Kinshasa in Zaire in 1974. “This book is a masterpiece of the literature of sport.”

‘The Rumble in the Jungle’ was one of the epic heavyweight boxing bouts of all time and Mailer tells the exquisite story of an ageing Muhammad Ali’s defeat of the frighteningly dangerous George Foreman, on a steamy night in Kinshasa, Zaire. Equally mesmeric is the build up and preparation for the fight itself. The book is filled with flaws but the overarching portrait of a boxer, an era and a self-absorbed writer is powerful.

In a triumphant period for the sport Mailer delivers each sentence in prose as startling and explosive as the contest. Brilliantly choreographed, brilliantly written. Both fighter and writer driven by ego.

“Women draw an audible breath. Men look down. They are reminded again of their lack of worth. If Ali never opened his mouth to quiver the jellies of public opinion, he would still inspire love and hate. For he is the Prince of Heaven – so says the silence around his body when he is luminous.”

Mailer is one of the great starting points, but not the end point. Also look at On Boxing, by Joyce Carol Oates, King of the World, by David Remnick, Seabiscuit, by Laura Hillenbrand, Full Time: the secret life of Tony Cascarino, as told to Paul Kimmage. And, finally, The Best American Sports Writing of the Century, edited by David Halberstam.