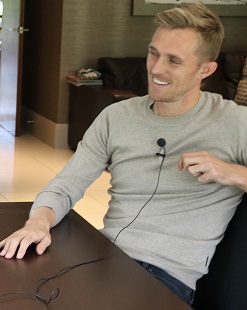 I WAS a sports journalist in a previous life. I have had the opportunity to meet many top sportsmen and women, but – with the exception of Sir Chris Hoy – none have left the impact that Darren Fletcher did. We spent a very enjoyable afternoon with the former Manchester United midfielder while recording the latest Big Interview with Graham Hunter.

There are parallels between Fletcher and Hoy, and not just because they both hail from a similar part of Scotland. Both have an almost maniacal zeal for self-improvement, but are also laid-back, likeable and grounded. That is a hard trick to pull off.

Fletcher’s reflections on his football career were fascinating, but when he discussed his experiences as a fan his body language changed. Going to Celtic games as a kid, watching John Collins doing keepy-ups in the warm-up, chatting to the elderly fan who sat behind him – in his mind’s eye, he was back at Celtic Park.

Then came the bombshell. When he was out of football for a lengthy spell due to his battle with ulcerative colitis, Fletcher became a fan again. He told us about travelling with the Manchester United fans to the Etihad and doing a circuit of the entire stadium to pick up his ticket. “I had my hood up, though,” he smiled.

Evidence exists in the form of this YouTube clip. There’s “only one Darren Fletcher”. 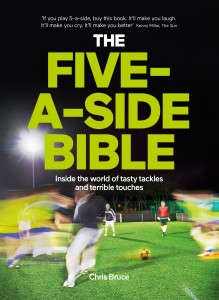