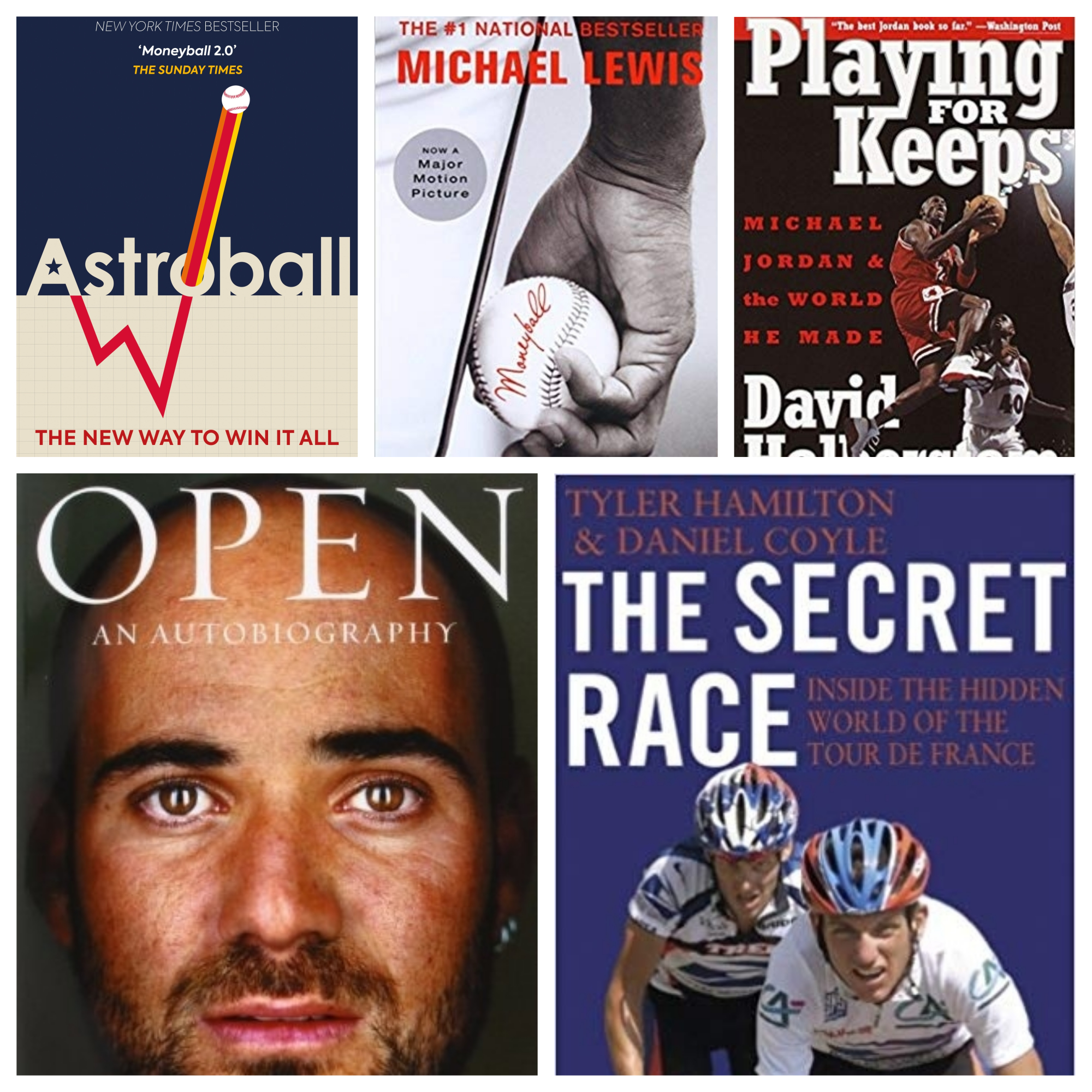 Last month, we published our second US sports book. Astroball: The New Way to Win it All is the best sports books we’ve read in recent years, and one of the best we’ve ever read. We are very excited to bring the UK edition of Ben Reiter’s book to a British audience.

In 2018, we proudly published Football 2.0, the UK edition of Grant Wahl’s Masters of Modern Soccer. Both Grant and Ben work for Sports Illustrated and their respective books reflect the depth of research and masterful writing which are the cornerstone of that publication.

When we started BackPage in 2010, it was always our intention to bring more of the US sports writing that we love to the UK. In addition to Astroball and Football 2.0, here are four US sports books which have inspired us over the last 20 years…

Open, by Andre Agassi
The book was ghost-written by J.R. Moehringer, a Pulitzer Prize winning journalist who insisted that his name did not appear on the cover or the title page. “The midwife doesn’t go home with the baby,” he insisted. Moehringer’s handling of the narrative is the key to the book’s success.
In recent years, the line between subject and ghost has become increasingly blurred. Even exceptionally well-written sports autobiographies haven’t rang true because they sounded more like the author writing than the subject talking. Not Agassi’s. His narrative voice rings with authenticity. Moehringer and Agassi are the perfect doubles team.
MG

Playing for Keeps: Michael Jordan and the World He Made, by David Halberstam
I was looking for a book on Michael Jordan. I had never heard of David Halberstam. I got lucky. Jordan was the pioneer of the NBA’s global push; he took Nike over the top; he made a movie with Bugs Bunny.  And he was the greatest athlete of the 20th century.
Halberstam was a Pulitzer Prize winner; he reported from the Vietnam War and inside Kennedy’s Camelot. He also put together some of the best sports books ever written, including many people’s No.1, The Breaks of the Game.
Halberstam v Jordan. A clash of titans. They never meet. Halberstam rarely quotes. He hardly analyses. He reports. He has interviewed and researched and he tells us the story of a talent that stopped hearts and took flight. Of a father and a son. Of sport smashing into big business in the 1980s and forever. Of immortality real and imagined.
NW

Moneyball, by Michael Lewis
Without Moneyball, there would have been no Astroball. The central concept of Lewis’ book is so strong, revolutionary even: how an analytics-based approach can help compensate for huge financial disadvantages. The book has changed professional sport, but the storytelling – like so much of Lewis’ writing – is what elevates it. Billy Beane, general manager of the Oakland Athletics baseball team, is a captivating central character, brilliantly brought to life in Lewis’ narrative. It is also one of the rare occasions where the movie – featuring Brad Pitt as Beane – is a worthy adaptation of the book.
MG

The Secret Race, by Tyler Hamilton and Daniel Coyle
I was on holiday in Spain when I read The Secret Race… stupidly, it was the only book I took with me to last the whole week. I had finished it by the end of day one. Tyler Hamilton’s expose of Lance Armstrong is an astonishing read. Like Moneyball and Astroball, I immediately sensed that this was a book which was going to change the sport forever. But for all the big-picture implications, it is a small detail which still resonates. In the 2002 Tour of Italy, Hamilton carried on riding with a broken shoulder. He finished second, but ground his teeth so hard due to the pain that he required 11 of them to be capped or replaced after the race.
Like ‘Open’ this was another book which benefited from a masterful ghostwriter, in Daniel Coyle. A richly deserved winner of the 2012 William Hill Sport Book of the Year.
MG

Postcript: Here are some nominations from the Twitter-sphere…

‘Johnny U: The Life and Times of Johnny Unitas’, by Tom Callahan

‘When Pride Still Mattered: A Life of Vince Lombardi’ by David Marannis

‘The Punch: The Fight That Changed Basketball Forever’ by John Feinstein

‘Friday Night Lights: A Town, a Team and a Dream’ by HG Bissinger

‘The Miracle of St Anthony: A Seaon with Coach Bob Hurley and Basketball’s Most Improbably Dynasty’ by Adrian Wojnarowski

‘Range: How Generalist Triumph in a Specialized World’ by David Epstein

‘Collision Low Crossers: Inside the Turbulent World of NFL Football’ by Nicholas Dawidoff

‘His Father’s Son: Earl and Tiger Woods’ by Tom Callahan

‘The Cost of These Dreams: Sports Stories and Other Serious Business’ by Wright Thompson

‘Home Game: Hockey and Life in Canada’ by Ken Dryden 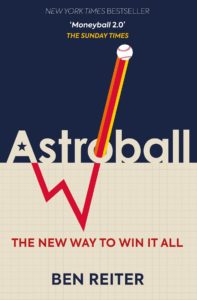 Now Read NEW BOOK: Astroball – The New Way to Win it All