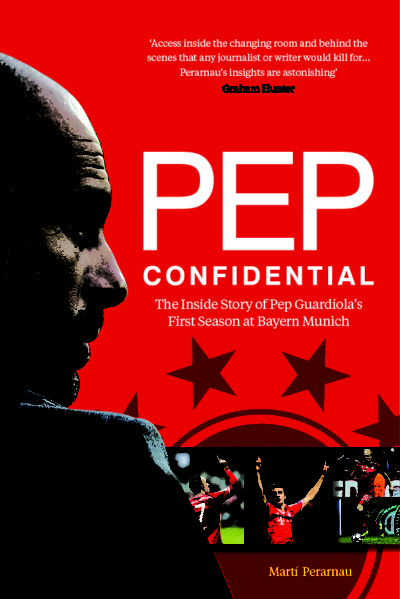 IN October 2014, we will co-publish with Arena Sport Pep Confidential: Inside Guardiola’s first season at Bayern Munich, by Spanish journalist Martí Perarnau.

In an exclusive extract from the book, Perarnau explains it in his own words.

The next major surprise is that Pep has decided to grant me a first-hand, in-depth insight into the team’s work. I had hoped that a controlled level of access, the odd cup of coffee with him, and limited attendance at training sessions would give me enough material for the book. But Guardiola’s unexpected offer changes all my plans.Free access means that I will be privy to everything that goes on. I’ll be able to observe his coaching methods up close and witness the decision making and planning process as it happens.

Essentially I will be spending months at the heart of this elite team with complete access to an enormous amount of internal information. Not even in my wildest dreams could I have imagined that the champions of Europe and the most successful coach of the decade would grant me such a privilege. Pep only asks for one thing in return: my total discretion during the season.

“You can write about everything you see and be as critical as you like in the book, but during the season please don’t talk to the outside world about what you witness inside.”

I am enormously grateful despite the fact that my journalistic skills will have to be put on hold for a while. For one year I will live through all of the team’s vicissitudes. The highs and lows, the injuries, the tactics, the line-ups, the periods of sickness, the good behaviour and bad, the jokes, the praise, the worries, the transfer plans … I will know it all, yet the journalist in me will have no voice until the day I pour everything I have learned into this book. 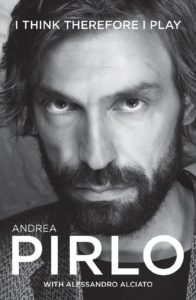 Now Read We need to talk about Pirlo