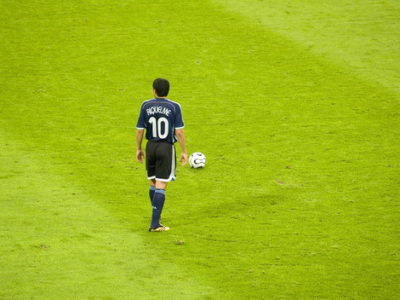 As the great Juan Roman Riquelme retires from football, discover his epic rivalry with Diego Maradona for the hearts of the fans of Boca Juniors.

This is an extract from Superclasico, by Joel Richards, available on our 90 Minutes ebook shorts label, £1 or less from all the usual suspects.

MARADONA’S last match as a professional was against River at the Monumental. Out of shape and with the side 1-0 down at half-time, Maradona asked to be taken off. A young player who Boca had also signed from Argentinos Juniors, Juan Roman Riquelme, replaced El Diez. Boca turned the match around, beating River Plate 2-1 at the Monumental. Maradona was gone, but another star was born.

To this day, Riquelme and Maradona battle it out for the status of Boca Juniors’ No 1 idol; often the fight is conducted between themselves. The relationship reached its nadir when Maradona was in charge of the national team in 2009. The coach said that if Riquelme could not shake off defenders, then he was no use to him with Argentina. Riquelme had been struggling with injury and was a long way from the geometric yet lethargic brilliance that defined his style.

Hitting back, Riquelme announced that he and Maradona did not share the same “code”, and he retired from the national team.

Riquelme had divided opinion wherever he went. He famously fell out with many of his coaches and colleagues, Louis Van Gaal at Barcelona, Manuel Pellegrini at Villarreal, and even Martin Palermo, his team-mate at Boca.

Opposite the wall of photos of Boca debutants in the club museum are two statues – one of Riquelme, the other of Palermo. In the final years before the goalscorer’s retirement, the relationship between the two entered a non-declared cold war, to the extent that when Riquelme laid on Palermo’s 219th goal for Boca, a club record, the playmaker wheeled away and celebrated away from the striker.

Riquelme is idolised at Boca. When he returned to the club in 2007, he led Boca to the Libertadores title and while his organisational skill is respected, his virtuosity on the ball is lauded.

A reverse nutmeg on the Colombian defender Mario Yepes in the 2000 Copa Libertadores superclasico usually wins arguments in bars in Buenos Aires over what is the greatest piece of individual skill of all time. The move only ended in a throw-in, but the sublime drag-back through the defender’s legs is regularly revisited and shared by online communities. While Boca invoke Riquelme’s cano on Yepes, River declared Ariel Ortega’s dancing around former Liverpool defender Gabriel Paletta as the National Nutmeg Day. The older hands at River, meanwhile, maintain the greatest piece of showboating was in 1954, when the legendary River goalkeeper Amadeo Carrizo dribbled past Boca striker Borrello twice in the same move, far outside his area, at the Monumental.

Roberto Passucci, who became a cult figure at Boca Juniors, explains how Riquelme and Maradona, two of Argentina’s most gifted players in the past three decades, fit into the culture of the Boca supporters. “The supporters love them because they make the difference from the garra (claw) they demand of the other players. Those kind of players emerge despite the extreme garra.” 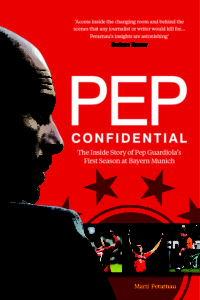