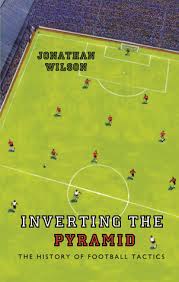 Ryan Kirkman talks about ‘Inverting the Pyramid’ by Jonathan Wilson. This book pulls apart the finer details of the world’s game, tracing the global history of tactics, from modern pioneers right back to the beginning when chaos reigned. “A masterful work.”

The author answers the whos, whys, whens, wheres, and hows of the evolution and revolution of football tactics. He does so in a way that makes it all seem so blindingly obvious that at times you’ll think you’re next in line to change the footballing landscape.

The first game you go to after finishing the book will be like watching a new sport: You’ll look at the shapes the teams are using, the intensity of the pressing, the marking, the tempo, the positioning of the wingers. It truly changes what you deem important in deciding who wins football matches.

Inverting the Pyramid accomplishes the rare feat of reaching the very essence of football. There’s no better vehicle for a firmer grasp on the game and its intricacies. 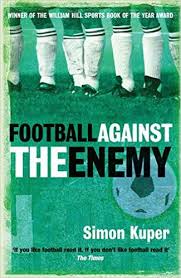 Now Read Kevin McCluskie on Football Against The Enemy