In the first of a new series, Martin BackPage takes us through a week – this week – in his working life… it involves planes, trains, Bluetooth speakers… Hugh MacDonald and Graham Hunter. 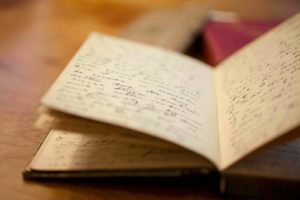 Alarm goes off at 5.45am. 7.30 flight from Glasgow to London Stansted, where I meet Graham Hunter, who has flown in from Barcelona. We are on our way to record an episode of The Big Interview with Chris Sutton in Norwich. We jump the train to Ely and then head to a pub called The Cutter Inn so that Graham can record an episode of Revista de la Liga, via Skype. Thankfully, The Cutter Inn’s WiFi is up to the job. It’s a beautiful day and we spend 10 minutes sitting by the banks of the River Ouse as local anglers catch fish. We record a short video to promote the Mark Noble podcast.

We record the Sutton podcast in an executive box at Carrow Road. Chris is reflective, insightful – we’re left with the feeling that listeners will hear a very different side to him. Back to Stansted, Graham heads off for his flight but mine is delayed. We are on a tight production schedule and I’m keen to get the audio file for the Sutton podcast to our producer as soon as possible, so I head to a café and listen to the whole two hours of audio, make my notes and send on the files. Easyjet finally get their arse in gear and I walk through my front door 16 hours after I left.

9.20 train to Edinburgh. I catch up with my business partner Neil in a coffee shop beside Waverley Station. We are meeting a couple of folk about an audio documentary we are producing and Neil has the brainwave of playing them the first couple of minutes of the doc through a Bluetooth speaker. But we don’t have a Bluetooth speaker. So we run to a shop and buy one. That’s how we roll.

The folk in the meeting seem to like our wee speaker, but I think myself and Neil are more excited by it than them. Or, indeed, any grown men should be. On the 90-minute train journey home, I read the manuscript of our first book, In Search of Alan Gilzean, by James Morgan. I’d forgotten how good it was. A mighty piece of work. James half-killed himself writing it, but who said writing a great book was easy? We are publishing an updated version of ‘Gilzean’ in August. Can’t wait.

After two days on planes and trains I am determined to spend today relatively static. Lunchtime meeting with a former journalism colleague and a couple of representatives from another publishing house. I’m the middle-man in this scenario: making the introduction and quietly scoffing a three-course lunch. Go to see a film called Lost in France – a documentary featuring some of my favourite bands – Mogwai, Delgados, Arab Strap, Franz Ferdinand. Bump into Hugh MacDonald, the sports writing legend, outside the cinema. Hugh had helped me out in organising the Chris Sutton interview. He tells me some mad stories and how he thinks Trainspotting 2 is shit (it’s not). Quiet day, but then I worked most of Saturday, so it all works out.

Catching up on emails and assorted other chutney in the morning, lunchtime meeting and then I pop into our office, which is an old building in Glasgow’s Merchant City. We share it with a company called Freight, who have designed some of our book covers. My friend Bill, an actor and voice coach, comes in to record some voiceovers for the aforementioned documentary. He rattles through them all and then, for the final one, he does one take in full Brian Blessed booming tones. Through the blinds I can see the good folk of Freight looking startled. Bill seems very pleased with himself.

First full day in the office with Neil. Been chasing a few Big Interview targets…  then we land one. A big one. All 6ft 7ins. Peter Crouch interview next Thursday. High five (we actually did high-five). Then we find out we have secured another bit of sponsorship for the podcast. Makes all the 16-hour days worthwhile. Go to the pub – Brewdog – and chat about a potential book project in between booking travel to Stoke.