Gary Sutherland could never fathom hillwalkers and had always managed to ignore the West Highland Way despite living on the doorstep of Scotland’s most famous trail. Then one day he decided to tackle it… and go further still. Much further. He would consecutively walk the West Highland Way, Great Glen Way and Speyside Way to complete a hat-trick of iconic Scottish treks. This despite the fact that hills gave him the heebie jeebies, moors made him tremble, and forests frightened him. Add to that his deep aversion to most forms of wildlife. Walk This Way is a tale of courage, cows, resilience, feral goats, ambition, Belgians, ludicrous ledges, cataclysmic quagmires and creepy messages spelt out in pine cones. From Loch Lomond to the Devil’s Staircase, the Caledonian Canal to Loch Ness, Malt Whisky Country to the mouth of the River Spey, the intrepid author attempts to conquer his fears and achieve his epic goal without his feet falling to bits.     Read More → 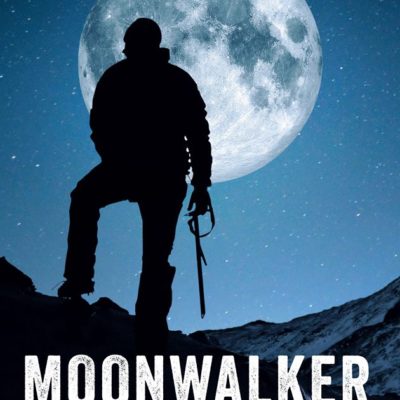 Moonwalker is a unique story, the memoir of a man whose love of Scotland’s mountains would override his body-clock and all conventional notions of health and safety. When Alan Rowan finished his shifts as a sub-editor at a national newspaper at midnight, he knew he was too jacked up on deadline adrenaline to attempt sleep. At the same time, he was starting to worry if he would ever complete his ambition to reach the summit of every Munro in Scotland those peaks of over 3000ft. One crazy night, he decided upon a single solution to both problems. He would begin his ascents in the middle of the night, see the sun rise above the clouds and then come down the mountain just as everyone else was going up. We see Alan’s transformation from desk jockey to midnight mountaineer, meet dodgy car salesmen, rabid sheepdogs, charging deer, superstitious Germans and crooked confectioners – all the while seeing the best of Scotland in a unique light. Moonwalker is funny and touching; at once a deeply personal memoir and a riotous travelogue.     Read More →