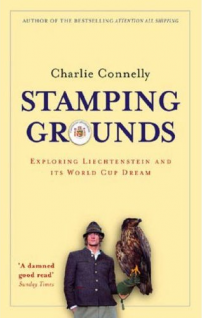 Author Gary Sutherland talks about ‘Stamping Grounds,’ in which Charlie Connelly gets to the bottom of Liechtenstein’s relationship with its national football team.
‘Stamping Grounds is the book that got me writing.’

Stamping Grounds is as much a travel book as a football book and is all the better for it. Charlie Connelly follows Liechtenstein through their 2002 World Cup qualifying campaign in a group containing Spain, Austria, Israel and Bosnia-Herzegovina. The success lies not in the results, for sure, but in the picture Connelly paints of this nation of 30,000 people and its ever-hopeful national team.

We meet star striker ‘Super’ Mario Frick and defender Henry Zech, who is compelled to miss a game because his vineyard is ready for harvest. We also encounter Ernst Hasler – the world’s greatest sports journalist – plus a man married to an eagle.

Whether he is watching from the stands or sharing a beer with the players, the affable Connelly manages to be charming without being patronising, while making you laugh. More than anything, Stamping Grounds is the book that got me writing.

Gary Sutherland has written a bunch of books, some on sport, like Life Cycle, Golf on the Rocks and Hunting Grounds. 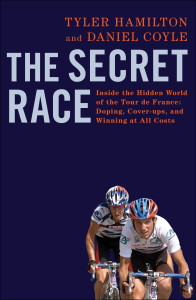