Journalist Tom English talks about ‘King of the World,’ in which David Remnick takes us inside the world of Cassius Clay during the 1960s.
‘The way in which he places the emerging superstar in a social context is compelling.’

This is a masterful work about Muhammad Ali before he was Muhammad Ali. It’s about Cassius Clay and the world he lived in and the beliefs he held during the 1960s. It’s about Clay and Sonny Liston and Floyd Patterson. It’s about Malcolm X and Martin Luther King and Elijah Muhammad, the leader of the Nation of Islam.

With David Remnick you are guaranteed beautiful writing. The way in which he places the emerging superstar – detailing the good and the grotesque – in a social context is compelling. It’s a book I keep going back to, like Thomas Hauser’s tour-de-force biography of Ali of the early 1990s.

Hauser’s book was an epic exploration of Ali’s entire career and it was a close-run thing to pick my favourite. Do yourself a favour and read both. I’ve spent years doing just that and no matter how many times I’ve read them the enjoyment, like Ali’s legend, never dims.

Tom English is a journalist with the BBC and author of the award-winning The Grudge, the story behind Scotland’s legendary Calcutta Cup win over England in 1990 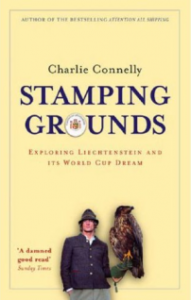