Since we published Andrea Pirlo’s autobiography a couple of months ago, there have been almost as many words written about him as he wrote himself. As well as the many reviews, almost all positive, a few writers have given us profiles of, musings on and odes to the Juventus and Italy playmaker.

Of the pieces that put the book front and centre, we liked David McCarthy‘s work in the Daily Record. He gave props to our beloved translator, Mark Palmer, and his regular sports book club series is essential reading if you like… sports books.

At The Observer, Amy Lawrence drew Pirlo as a breed apart from his peers, a common theme in a lot of what has been written.

Jim White of The Telegraph compared Pirlo’s standing in the autumn of his career with Italy to that of England’s senior midfielders in an excellent feature.

The big scoop belonged to John Foot, the author of Calcio: A History of Italian Football, who got an exclusive interview on the eve of Juventus’ title party. The quality of the access is matched by the quality of the writing.

And it’s worth remembering the pioneers. At ESPN (as at his own site, Zonal Marking) Michael Coxreviewed the book written by the man he first described as “the most important player of his generation” in 2011. 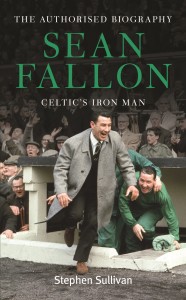