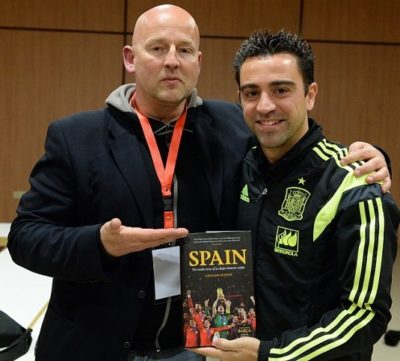 In 2014, I travelled to Madrid for two purposes. The first was to film some video diaries with Graham Hunter to accompany his ‘Spain’ book. This first part was successful – and can be found here. Take your time to watch some. We’re very proud of them.

The second purpose was to try to catch Andrea Pirlo before we published his autobiography later that year. This part of the mission was less successful. Pirlo was in Madrid with the Italian national team for a friendly at the Vicente Calderon.

We ended up grabbing about two minutes with the great man. It wasn’t his fault, just a combination of circumstances – but we came away with very little from Pirlo apart from a renewed appreciation of his beard (up close, it is even more lustrous).

He looked smaller than he does on the pitch. His jet-black hair was still damp from the shower, he was wearing a black Spain tracksuit and had a small boot bag tucked under his arm. No tatts. No piercings. No tidal wave of expensive aftershave crashing in his wake. No fuss. He looked like an old-fashioned footballer.

He scraped a plastic chair up close to the table and sat down to talk football. Frequently, he would make a point, then, as Graham relayed his answer to Jamie, interject – wanting to clarify or expand on what he had just said.

After the interview, he hung about chatting to Jamie and Graham. When Graham mentioned that he was doing some promotion for the Spain book, Xavi insisted that they pose for a picture with the book. This is how the photo on this blog came about. Yes, a world-class footballer voluntarily asked to help promote a product that was not his own. That is a one-off. So was Xavi.

* Xavi is pictured with the hardback of Graham’s ‘Spain’ book. The paperback was published yesterd. Buy links are here 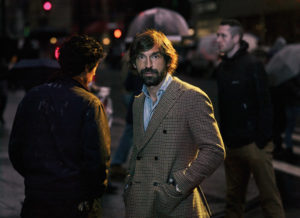