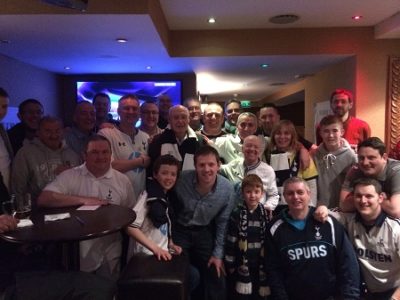 “HE’LL never say yes. But it can’t do any harm to ask?” That was my reaction when our treasurer, Keely, suggested getting a mate to ask Alan Gilzean if he’d fancy being Glasgow Spurs’ Honorary President.

Gillie – having recently ended decades of self-imposed exile from the public gaze – was star guest at the Spurs Show Live Christmas Special in London last December and our ‘agent’ had a ticket for it.

Amazingly, two days later – armed with both a positive response to the ambush and a phone number – I found myself speaking to Spurs royalty. Gillie wasn’t the shy, private man I’d expected. Rather, he was warm, engaging and keen to learn about Glasgow Spurs.

And then came the moment I realised we had not just a Spurs hero, but a kindred spirit; the admission that even now – four decades after he last pulled on a Tottenham shirt – our result can make or break his weekend. Once a Lilywhite …

As he lives in South-West England, I’d envisaged Gillie’s role as being a high-profile figurehead. But he insisted he’d come up to Glasgow at least once a season to join us for a live TV game at our ‘home’, the Rhoderick Dhu pub.

True to his word, Gillie made his Glasgow Spurs debut on March 30. In keeping with this car-crash season, Spurs were annihilated at Anfield by Liverpool. But for dozens of our members who gathered in the pub, it was a golden afternoon. Because, long before we and our Honorary President watched a defensive horror show through the cracks in our fingers, Gillie had entertained us with an anecdote-strewn Q&A session, signed countless books and programmes and posed patiently for more photos than your average bride.

His Q&A was, at times, poignant – tragedy robbed him of the chance to play with the countryman who helped persuade him to join Spurs, John White; at others, funny: Bill Nick’s legendary parsimony.

Asked to compare his two superstar Spurs strike partners – Greaves and Chivers – there was no contest. Big Chiv may have been at the top of his game for a couple of years but world-class Jimmy was on another planet – “the Messi of his day”.

His tales and observations were gold-dust to Spurs obsessives – and yet we barely scratched the surface of his decade at the Lane.

Happily, he’s vowed to return – on our proviso that he relents and lets us pay for his flights next time.

Barry Graham is the chairman of Glasgow Spurs, which was formed in August 2012 and is Scotland’s only official Tottenham supporters’ club. For more info or to join, email glasgowspursofficial@gmail.com @GlasgowSpurs 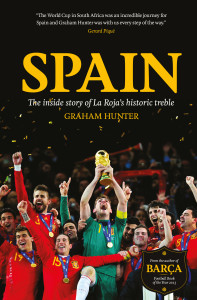 Now Read Gerard Piqué: back of the net