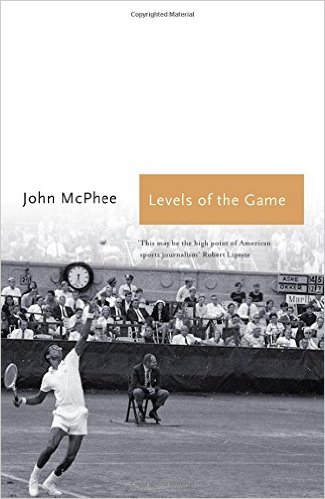 Hugh MacDonald talks about ‘Levels of the Game’,  John McPhee’s masterpiece centred around the 1968 US Open semi-final between Arthur Ashe and Clark Graebner. “A Pulitzer prizewinner, McPhee’s prose is lucid and precise.”

THIS is a cry for help. It comes in the form of an admission, perhaps even a confession. My obsession with sports books is such that I rate them not just as sports books but in various categories.

There is, of course, best sports book ever but there are sub-categories such as best memoir, best reportage, best book on specific sports, best book by a drug cheat, best ghost-written book, best book about a sport one does not care about (dominated by rowing in my case).

Thus, on the weekend of the final of the US Open tennis, I nominate John McPhee’s Levels of the Game as best tennis book ever, top 20 in best sports book ever, and top 10 in best reportage. It is an account of the 1968 US open semi-final between Arthur Ashe and Clark Graebner. This akin to saying Moby Dick is a fishing story.

It has different levels, many layers. The match is brilliantly described by McPhee who intersperses this reportage with journalism of the highest class, investigating the differing backgrounds of Ashe and Graebner. It stands proudly, magnificently on its own but it has an added poignancy in the tragedy of Ashe, who died aged 49 after contracting Aids through a blood transfusion.

Graebner, white, rich and Republican – stands as a counterpoint to Ashe who has overcome prejudice and scant resources to make his way in a sport not hitherto marked heavily by black performers.

A Pulitzer prizewinner, McPhee’s prose is lucid and precise. The story is wonderfully stark in sports terms. Two men, differing styles, one prize. But there is not only the obvious difference in background, there are nuances in the two subjects’ personalities.

Almost incidentally, McPhee creates tension over the outcome of the match, an almost preposterous notion given that the result will be known to tennis obsessives and can be found with a click on the internet.

It is also just great. After all, it features in at least three of my categories. And stands alone in best sports book written by a guy who also wrote a book about Colonsay. But that is another story.

Hugh MacDonald is a sport writer and former literary editor of The Herald, where he started a sports book column in the 90s after being impressed with the growing quality of the genre 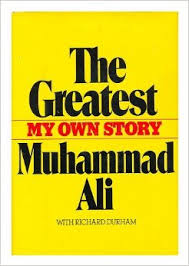 Now Read Martí Perarnau on The Greatest: My Own Story