Kenny Millar talks about ‘Moneyball: The Art of Winning an Unfair Game’, Michael Lewis’ groundbreaking tale of baseball general manager Billy Beane and the Oakland Athletics. “Beane has inspired a generation of outsiders to look at their sports differently.”

I don’t know anything about baseball, so it must mean something that my beaten-up copy of Moneyball means the most to me. Michael Lewis tells the tale of Oakland Athletics and their general manager, Billy Beane.

Beane grew tired of being outgunned by rivals with deeper pockets so instead threw conventional logic out of the window and built a team of so-called misfits. He found hidden value using a statistical approach and he won… well, nothing. Not if you’re of the belief that beyond first place in sport, there is only failure.

What Beane has done is inspire a generation of outsiders to look at their sports differently, to realise they can make an impact even if they’ve never swung a baseball bat. If you want a story about the love of the game – any game – and someone’s ability to keep coming back for more after being knocked down, this is it.

Kenny Millar is a sports reporter for The Scottish Sun and co-author of Football Manager Stole My Life. 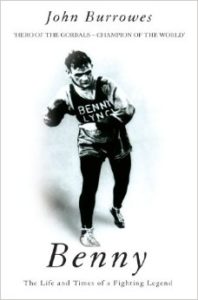 Now Read Charles McGarry on Benny: The Life and Times of a Fighting Legend