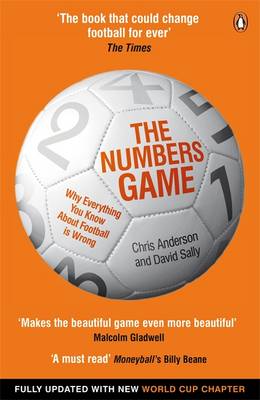 Matthias Hahn talks about ‘The Numbers Game: Why Everything You Know About Football is Wrong’, by Chris Anderson and David Sally. “By any standards a landmark book.”

Statistics and football. Might sound boring at first. But when you see how Chris Anderson and David Sally show sequence-by-sequence how Luis Suarez’ goalkeeping in Uruguay’s 2010 quarterfinal raised his team’s chances of advancing to the next round from approximately zero (Adiyiah’s header towards the goal) to 25% (prior to the penalty) to 60% (prior to the penalty shoot-out, in which Uruguay have the first shot), you just fall in love with the numbers.

The use of statistics and stochastic is clearly the future of professional football. It is not by chance that more and more clubs employ data advisers. Brentford FC and FC Midtjylland even build their rosters according to statistical analysis. It has served them well so far. Worth a read. And a re-read. 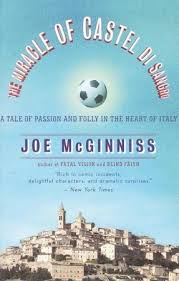