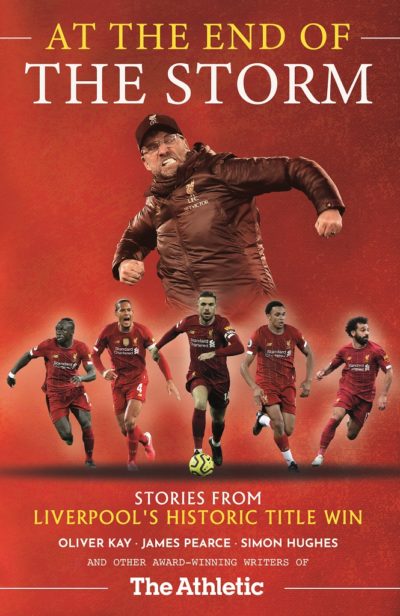 Great sport inspires great writing. Liverpool’s 30-year wait to be crowned champions of England coincided with the launch of The Athletic in the UK. As Jurgen Klopp’s men powered their way through a record-breaking campaign, their progress was documented in extraordinary depth by the writers of The Athletic. 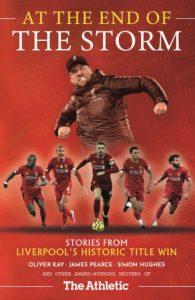 At the End of the Storm brings together the best pieces of writing on Liverpool from the longest season in history. The structure is chronological and the highlights are many: Oliver Kay watching Sadio Mane score against Manchester City in the company of the striker’s family, in his hometown in Senegal; James Pearce spending 90 minutes analysing Virgil van Dijk; Daniel Taylor watching Liverpool-Manchester City in the company of Kevin Keegan; Raphael Honigstein’s profile on Sadio Mane’s time at Salzburg; Simon Hughes’ social history of the city; exclusive interviews with Jurgen Klopp, his assistant Pep Lijnders and the club’s US owners.

“As Liverpool tore through the season, the articles being produced by The Athletic were of equally impressive standard as they charted the club’s historic charge to the title and it became obvious to us that this record deserved to be preserved in print as well as in The Athletic’s archive,” said Pete Burns, director of Polaris Publishing.

Director of BackPage Martin Greig said: “We’ve been in sports journalism and publishing for 20 years but we had never read subjects covered with such variety and depth. There are so many wonderful pieces, but the beating heart is James Pearce whose stories make up the majority of the book. In James, this brilliant Liverpool team have a worthy chronicler.”

Ed Malyon, UK managing director of The Athletic, added: “Our commitment to quality football writing and our business model means that we are uniquely positioned to afford our writers time and space to talk to the right people, to produce the best journalism and most wonderful writing possible. The result was a season’s worth of Liverpool coverage that we are immensely proud of. The result is this book; a month-by-month journey through a momentous, unprecedented, remarkable season.”

At the End of the Storm is co-published by Polaris and BackPage, in partnership with The Athletic. It will be released in hardback and ebook on October 15. Pre-order here.

Now Read ‘I consider myself fortunate: I know Antonio Conte’ – Exclusive extract from I Think Therefore I Play