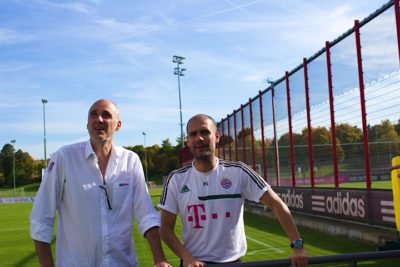 MARTI PERARNAU was given total access to Bayern Munich during Pep Guardiola’s first season, 2013-14. The result is an astonishing behind-the-scenes book, Pep Confidential: The Inside Story of Pep Guardiola’s First Season at Bayern Munich, which we have co-published with Arena Sport.

We asked Marti – pictured below with Pep – 10 questions on the book. Part one was published yesterday. Here is part two…

6. In the book, arguably the greatest coach in the world lays out his coaching manual – do you expect this book to have a big impact on other coaches / managers?

All reactions I’ve received from managers and coaches have been very positive. Spanish, Argentine and German coaches have contacted me to discuss details of the working methods of Guardiola.

7. Pep has lots of friends from outside of football – filmmakers, fashion designers, chess players, academics – which of these areas and individuals have been the biggest influence on Pep?

Pep is a man with much curiosity for all things. Sometimes I was surprised when he was interested in issues far removed from football. But he always just used what he learned to apply it to football. Finally, what most influences Pep is the football itself.

8. The theme of chess and Pep’s talks with Garry Kasparov are very important at the start and the end of the book. Can you explain the significance of the chess theme in the book?

Conversations with Kasparov are related to the difficulties in always being focused and the resulting competition fatigue. Pep is very interested in learning how to save mental energy because he burnt out in Barcelona. He wants to prevent the same thing happening at Bayern. Moreover, he’s interested in chess from the standpoint of movement strategy.

9. You travelled all over Germany with the team – what was the most interesting place you visited?

Munich is a formidable city. I had a great time living in Munich this year. Of the other cities I visited, Freiburg was the most special. It is small and charming.

I do not think Pep is like Sir Alex Ferguson, who spent 27 years at his club. Rather, I think he prefers to have a shorter career as a coach, but very intense. It seems inevitable that one day Pep will be the coach of an English club. 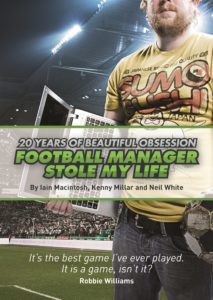