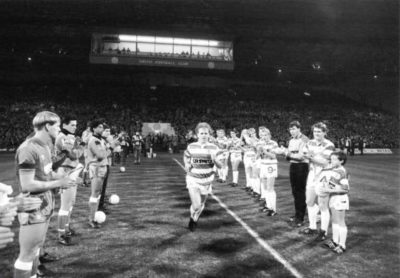 The first match I ever watched under the floodlights was on November 30, 1987. I was nine years old and it was Davie Provan’s testimonial. I remember seeing the floodlights on the approach to Celtic Park. It looked like the spaceship from Close Encounters of the Third Kind had landed in the east end of Glasgow. Then, walking up the steps of the main stand, the hum of the crowd growing closer; and seeing the floodlit pitch for the first time, a heavenly sward of almost fluorescent green. I stood transfixed. 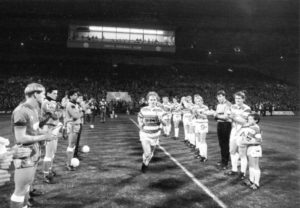 I come from a Celtic-supporting family, but my dad did not take me to their games as a kid. We still went to matches – Scotland, St Mirren, Partick Thistle – but he wanted to inspire in me a love of football first and foremost. He took me to Provan’s testimonial because he wanted us to see Brian Clough’s Nottingham Forest – who were fourth in the First Division at the time – featuring Stuart Pearce, Nigel Clough, Neil Webb and Des Walker. And he knew Kenny Dalglish would be making a cameo appearance for Celtic.

I recall an outstanding Forest side and their fierce competitiveness. Provan backed up my memory of Forest’s tenaciousness with an uncompromising tale about Pearce. Pearce won the pre-game coin toss and had the choice of ends. Provan only planned on making a brief appearance and wanted to play in front of ‘The Jungle’ for the last time, his career having been ended by ME at the age of 29. Pearce refused to accommodate Provan’s request and it took the intervention of referee David Syme to smooth things over.

Then there was Dalglish. He was 36 at the time and player-manager of Liverpool. When I asked my dad about the testimonial recently he shared my memory of Forest’s excellence, but he quickly alighted on Dalglish. Celtic were being comprehensively outclassed, he said, when on came the King. He immediately started finding pockets of space, clipping balls round the back of the Forest defence, punching and probing, his talents undimmed by the passage of time. 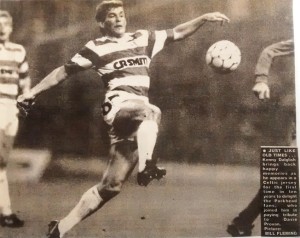 Celtic lost 3-1 in front of a crowd of 42,464, the huge attendance a remarkable testimony to the character and talent of Provan.

I will remember the floodlights, Forest and the King reclaiming his throne. 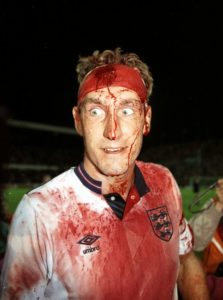