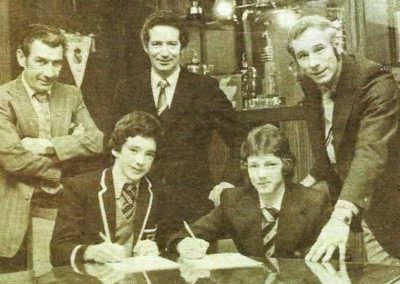 THE 1977/78 season was not a happy time for Celtic or for Sean Fallon. The team was struggling badly and would go on to finish fifth, having sold off the last and most prominent of the stars signed by the Irishman over the previous decade.

The departure of Kenny Dalglish had added insult to the injury of Fallon’s demotion to the role of chief scout, and he saw that the end was approaching for both him and Jock Stein.

However, before being sacked, Fallon was able to bequeath his beloved club a handsome parting gift. It came in the shape of a youngster by the name of Paul McStay.

Ahead of McStay’s return to Celtic Park for Sunday’s MAESTRIO charity match, this extract from Fallon’s authorised biography recalls the circumstances of the legendary midfielder’s arrival.

While Celtic were in the process of offloading another all-time great, Fallon was busy replenishing their stocks. Having overcome the unhappiness that followed his demotion, he pursued with typical diligence and enthusiasm the familiar responsibilities of scouting, and proved as successful as ever.

The job came with its disappointments. Fallon remembered, for example, recommending Ronnie Whelan – then with Dublin side Home Farm – only for the board to balk at the £35,000 Liverpool proved only too willing to pay.

Fortunately, there were successes, too. One of the most notable came when he was tipped off about a youngster playing for Holy Cross High School in Hamilton. This player’s brother was also said to be useful and, encouragingly, they descended from a long line of famous Celts. But the deal proved far from straightforward.

“Paul and Willie McStay were two of the last signings I made, and I was delighted to get them in. It looked for a while like we might lose Paul, though. There were loads of clubs in for him and I remember Leeds United were the favourites. It was like the Eddie Gray situation – they were offering money we couldn’t compete with. But what I did at that stage was to put everything into getting Willie to sign.

“Paul was a shy boy and I felt if he had his big brother around the place to make him feel more comfortable, it would make a difference in his decision. That’s the way it worked out, although we had some competition for Willie, too. Brian Clough was very keen on getting him down to Nottingham Forest I seem to remember. But he did a fine job for the club and Paul, as everyone knows, was a tremendous player – one of the best the club ever had.”

At Fallon’s 80th birthday celebrations, a special recorded message from Paul was broadcast, thanking the Irishman “for all the help and guidance you gave me”. “If it wasn’t for you bringing me to Celtic Park, I don’t know what would have happened to me,” he added. His elder brother also had cause to remember with great fondness the man who changed the direction of his career and, ultimately, his life.

“I was all set to go to Forest,” Willie recalled. “I didn’t even know Celtic were interested. But I’ll never forget the sight of Sean, who to me was Mr Celtic, walking up to my house in Larkhall. I was just blown away that Sean Fallon was trying to sign me. I’d have signed before he got through the front door if he’d have let me.” 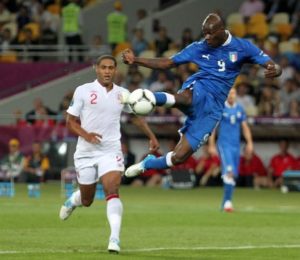